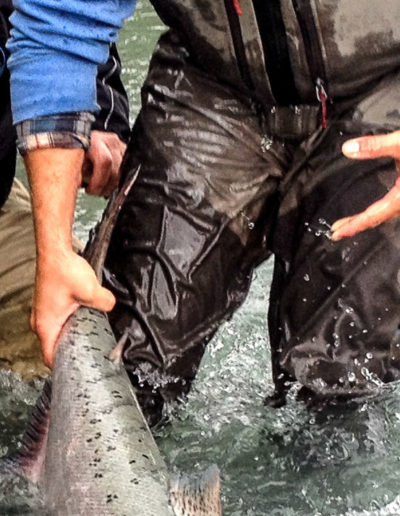 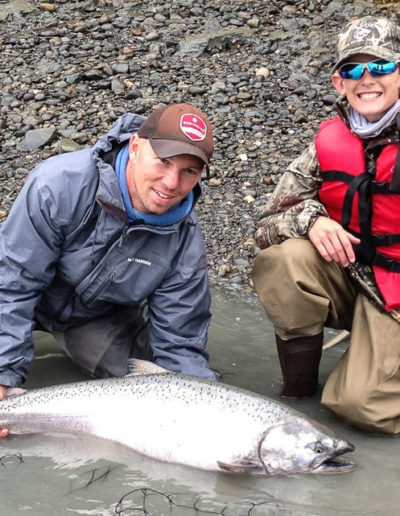 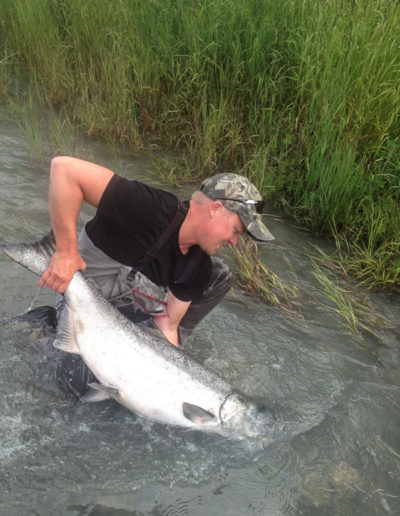 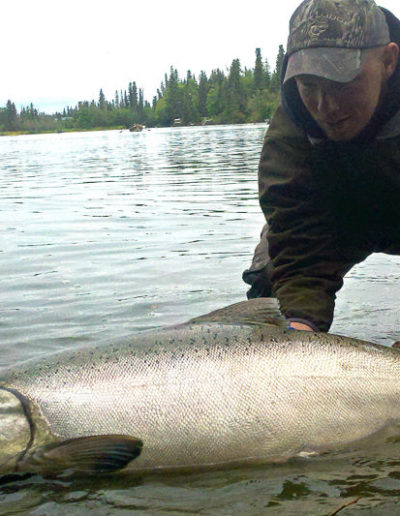 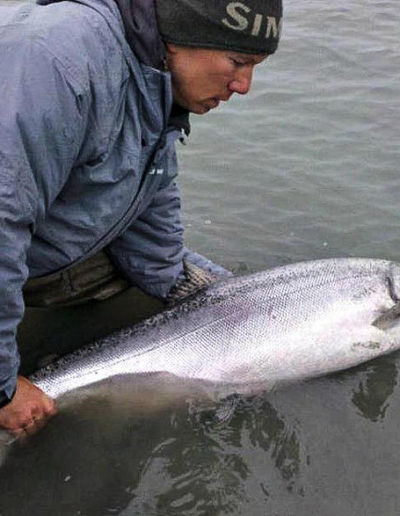 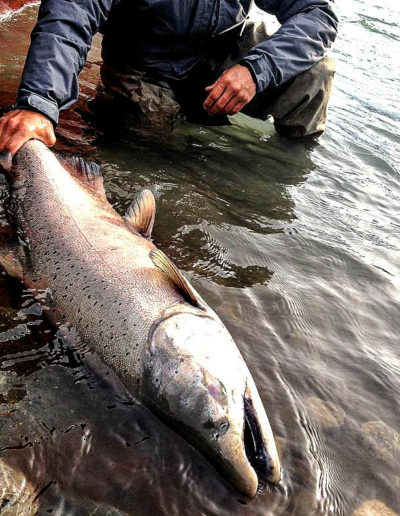 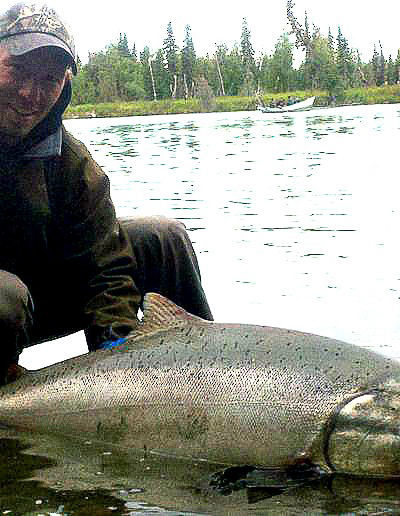 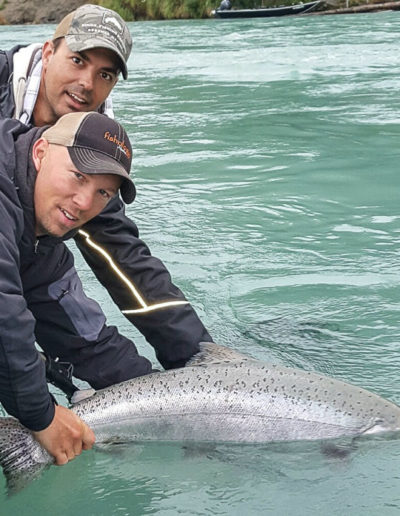 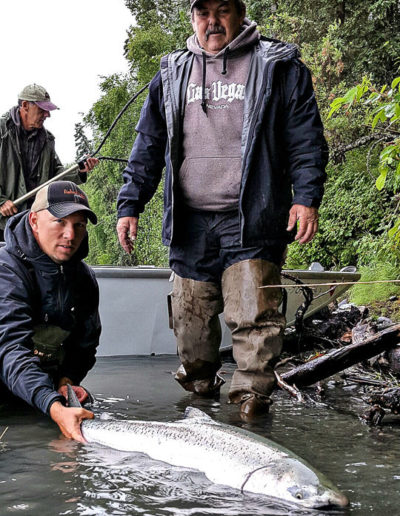 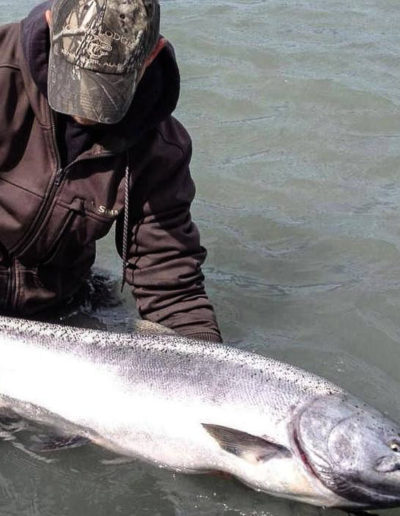 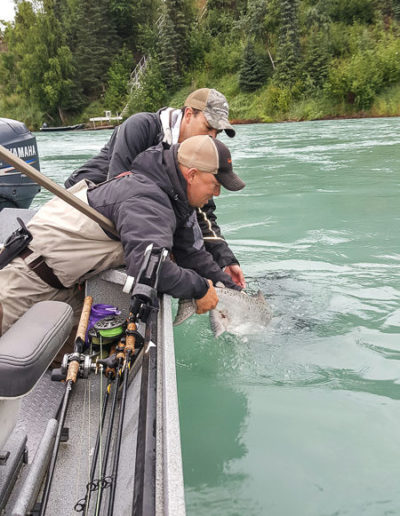 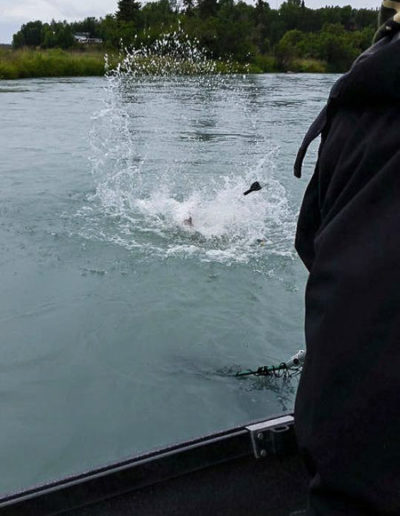 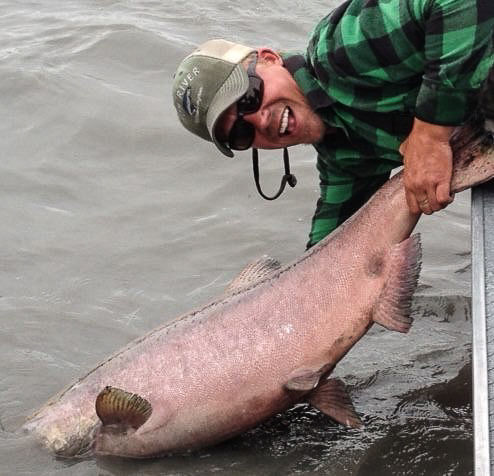 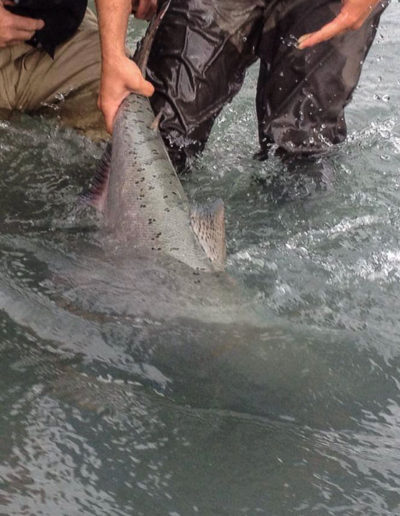 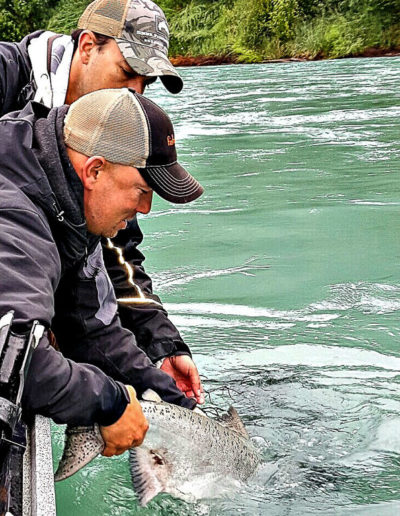 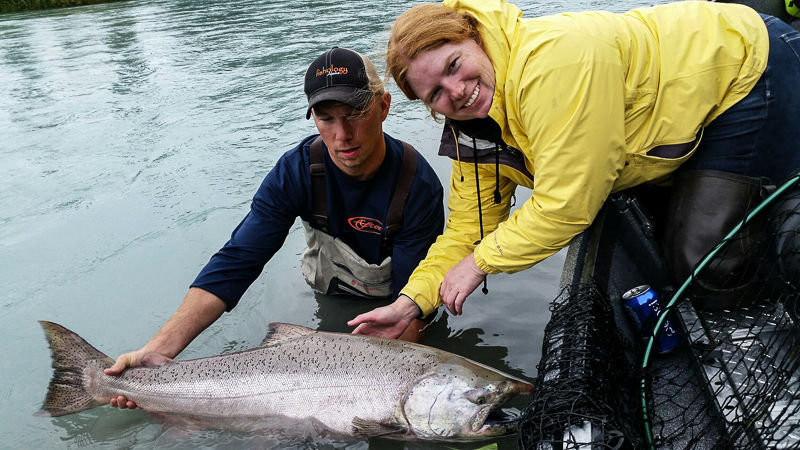 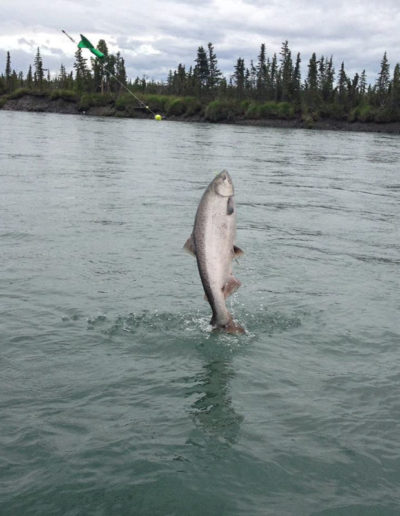 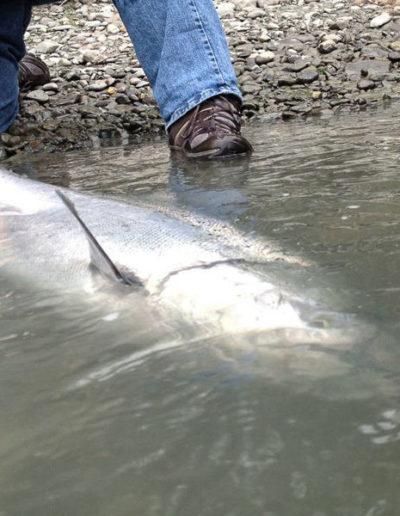 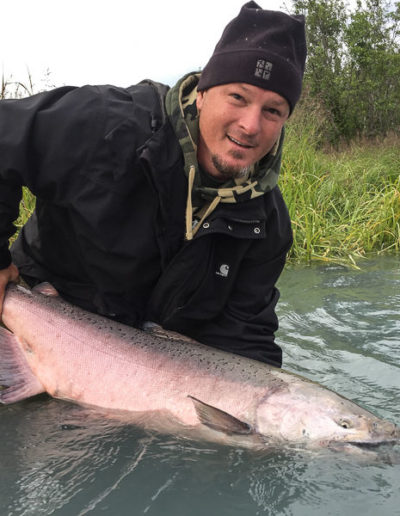 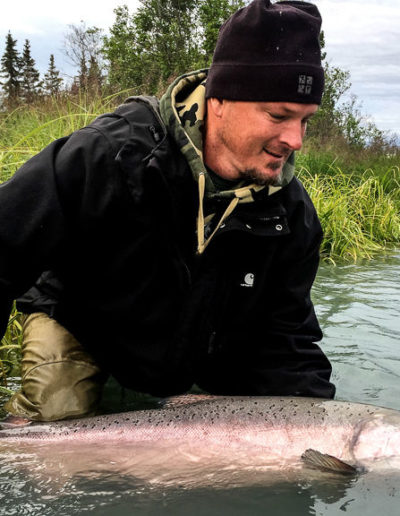 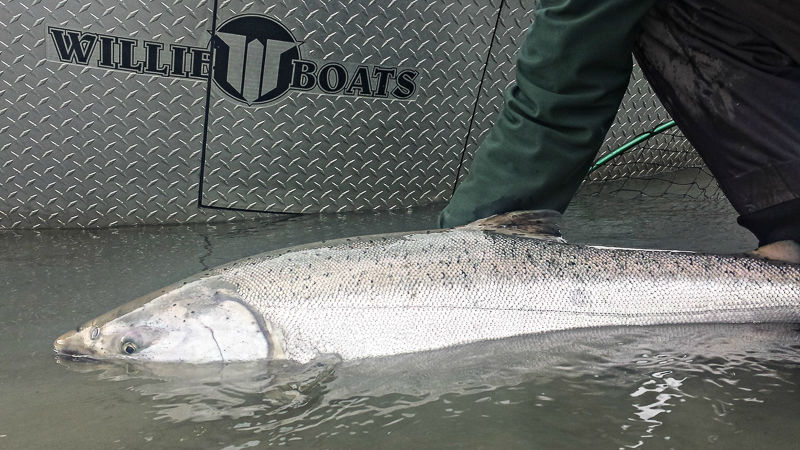 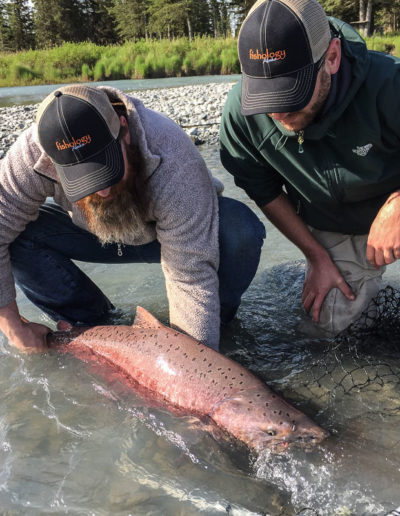 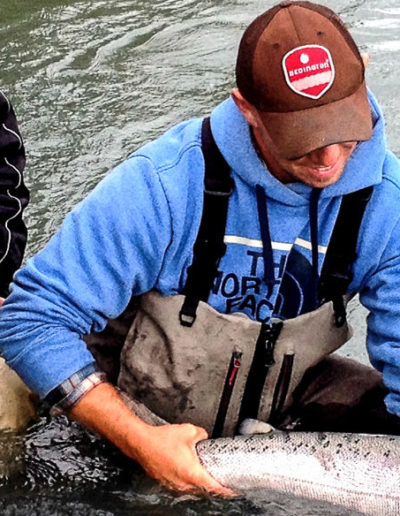 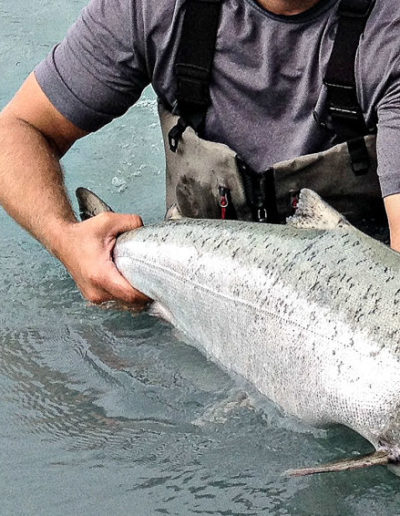 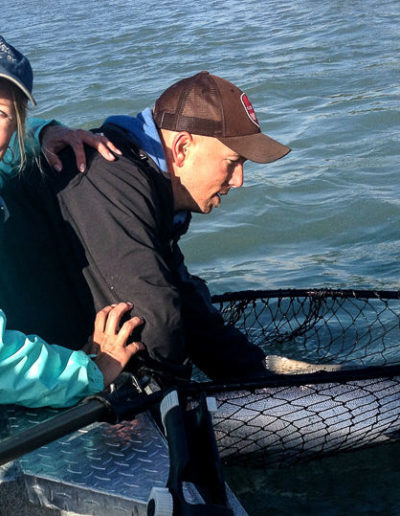 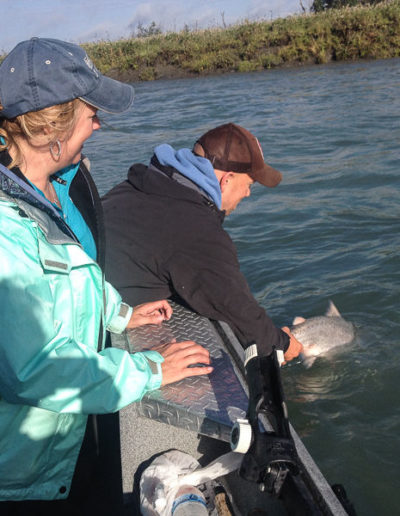 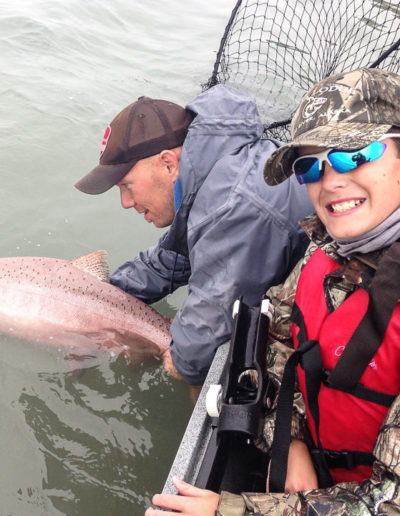 The mighty King Salmon is the fish that put the Kenai on the map. It’s a salmon like any other… big, wild, and powerful! The Kenai has produced the vast majority of the largest King Salmon ever caught, including the monster 97 lb. 4 oz. World Record! Kenai Kings are uniquely large due to their genetic make-up, prompting a certain percentage of them to return after 5+ more years feeding in the ocean, and when they return to their natal river, they arrive as GIANTS! We believe it’s important to preserve these unique and special fish, and therefore require all our guests to release all wild King Salmon back to the river. It’s a glorious feeling as an angler to send such a special fish on its way to spawn, and an accomplishment that belongs on every angler’s bucket list. (May-July 31)