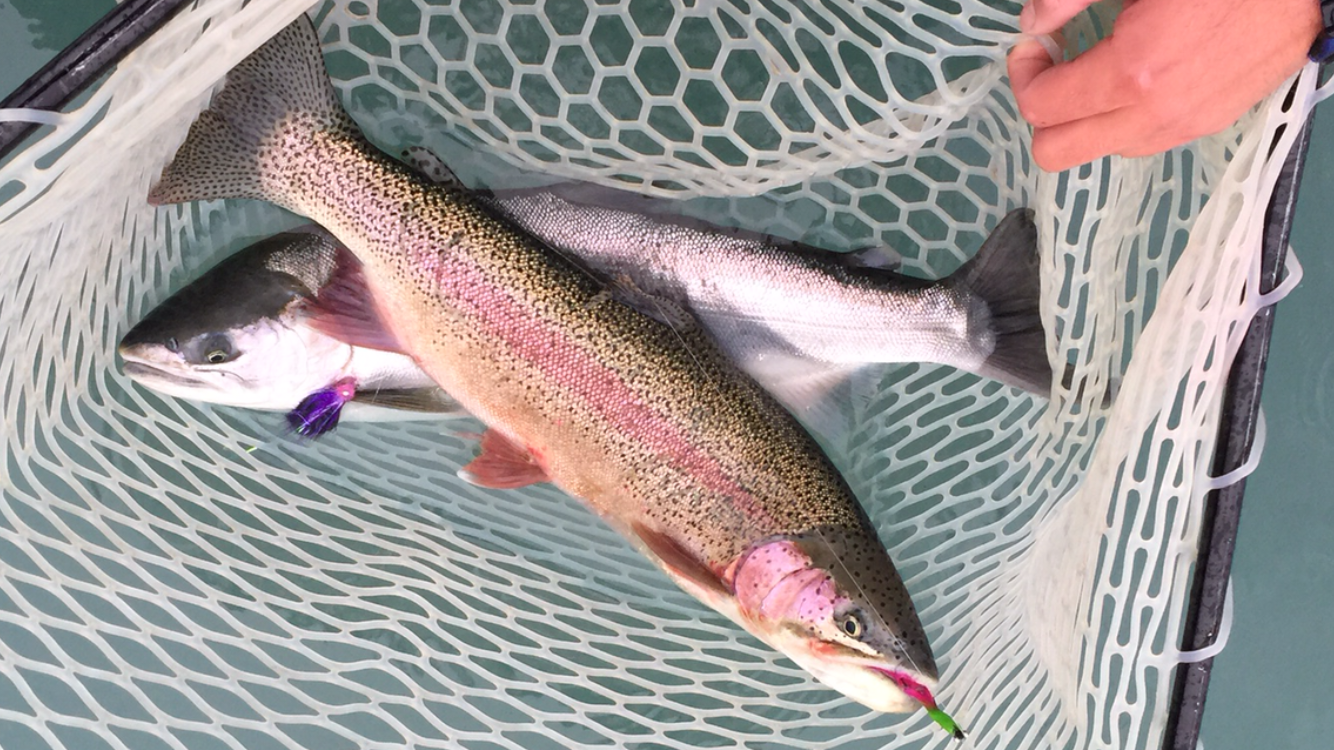 Great river guides have a few principles that set them apart from their competitors. One of those principles is that they are willing & ready to turn just about any river-fishing trip into a “combo” trip. Many times a guest comes to the Kenai River with a very clear vision of what they want to fish for, but many times that vision becomes slightly clouded as they enter into the reality of a dynamic and unpredictable fishery with a multitude of factors. No matter how hard we try to predict those factors, such as the strength and timing of the runs, often the fish throw us for a loop. It’s times like these that it pays massive benefits to be prepared, versatile and flexible.

Being prepared for anything has saved many a day on the river. One of the most common examples is when guests come with full intentions of smacking a limit of sockeye, only to find that the sockeye aren’t cooperating that day as hoped, and instead they’re stuck watching boat after boat drift by reeling in king salmon. If the guide is prepared, the clients are in luck! If not, the clients and the guide are left feeling like a potentially epic day of fishing was wasted.

Another scenario might be fishing in the fall for trout or silver salmon. Many days both species are biting aggressively, but there are days in which one is on fire while the other seems to be virtually non-existent. If you came with a narrow focused plan to fish for one or the other and picked the wrong species, once again you’re left feeling like the trip of a lifetime was mistimed and squandered away. If you came prepared and with an open mind, you’ll probably wind up with a trip that you’ll never forget.

Yes, being prepared for multiple species takes a little more work. But when guests come from all around the world to fish on a guided trip, shouldn’t they expect a little extra effort from the person they’re paying their hard earned money to in order show them how it’s done? I know if I were the client booking the trip, I’d sure appreciate the guide’s efforts and forethought.

Many times the “extra” rods and tackle stay tucked away because In Alaska, plan A goes well far more often than we deserve. But only one day of missing out due to a lack of preparedness is enough to make lugging that extra gear around all season well worth it.

After all, that one day in which plan B is needed just might happen when YOU are on board!!!