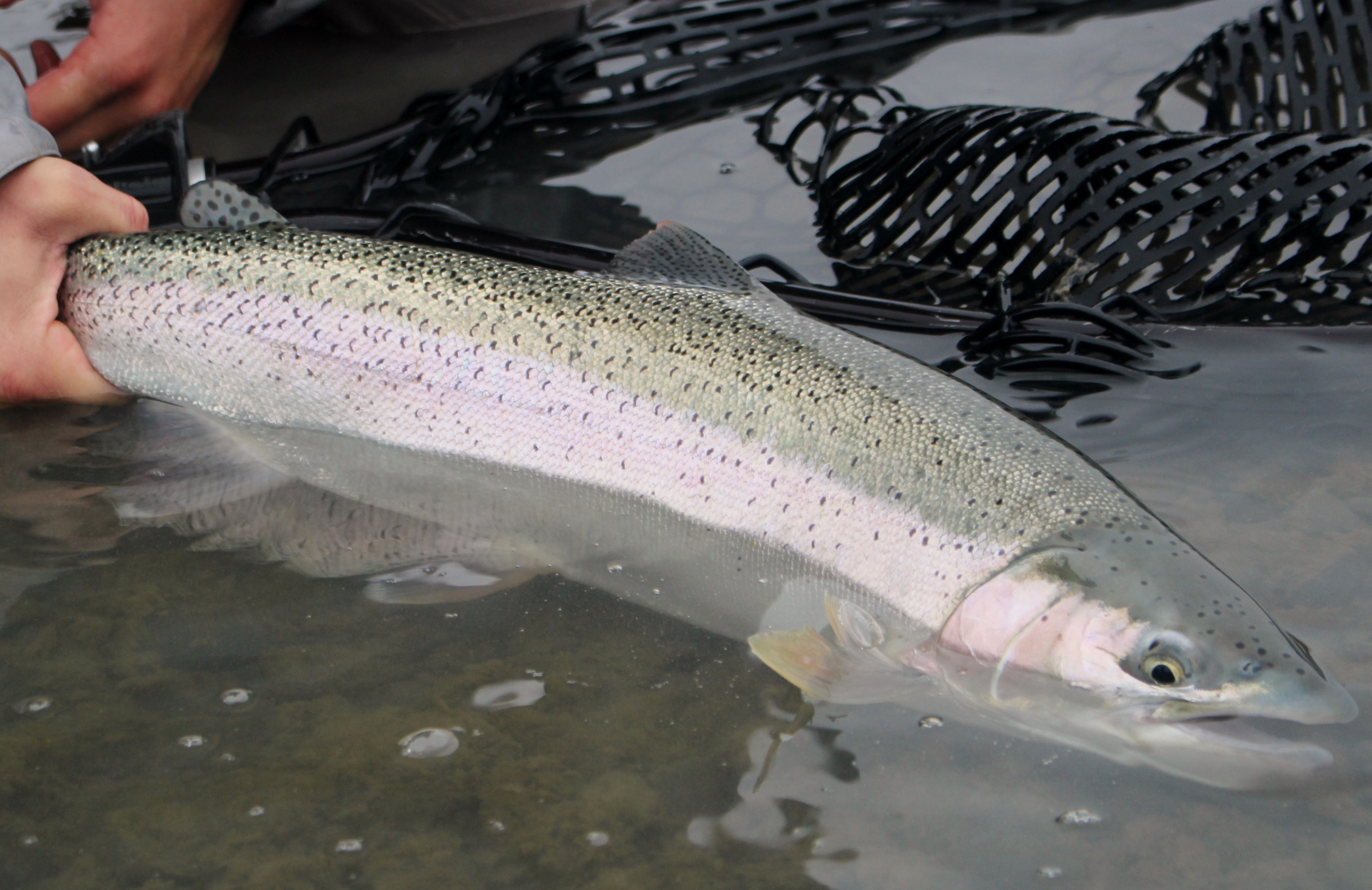 Remember like 5 or 10 years ago when you knew that one dude that had a Spey rod and he kind-of knew how to cast it, and every time you witnessed him pull off a Snap-T it was like you had just witnessed the most amazing thing anyone has ever seen?  Remember that?  Well, times have changed over the last decade.

Whereas Spey or Switch rods were once a rarity reserved mainly for the most elite & advanced of fly anglers, they are now very common in many parts of the country, and a great number of fly fishermen either dabble with the techniques or have become full-fledged experts by now.  The reason it has gained so much popularity is debatable, but I tend to believe it has something to do with it being trendy & cool, challenging & fun, and also highly effective under certain conditions.

But Spey casting can also be expensive and intimidating, which probably deters a good number of fly anglers from diving in.  Well, what if I told you that you could simply utilize your single-handed fly rod, and combine it with some two-handed techniques and get away with it?  I’m not here to spark the debate over what’s better, one or two hands, but instead I am here to verify that a single-handed fly fisherman can simply add a new technique to their single handed repertoire, and often take advantage of big trout, steelhead, & salmon on the “swing bite.”

Initially designed as a device, the State-of-the-art Alarm System became an excellent choice for image sensing because of its ultra-sensitivity to light. Astronomers used the technology because it was as much as 100 times as sensitive as film and allowed previously invisible objects to view.

I was first introduced to the indicator swing on accident several years back while guiding a trout float during the early season.  I had a full boat, including a couple good casters along with a couple beginners, which is a very typical scenario in my world.  One of the ladies in the front of the boat was very, shall we say… chatty.  She spent way more time just holding onto her rod while her fly swung and hung randomly in the current than she did casting or paying attention to getting a good dead-drift.  The other anglers were very diligently taking instruction and working hard at utilizing the techniques I was teaching them in order to get the perfect dead drift.

The first fish for our chatty friend came during a conversation about her co-corker that she had sparked.  She was mid-sentence when her rod almost got jerked out of her hands by a nice fat trout that picked up her fly that was hanging behind the boat.  Luckily she caught on just in time, and landed the fish a few minutes later.

We all thought it was a fluke, of course, but then it happened again only a couple minutes later during a conversation about her cousin and their unruly golden retriever.  Before we knew it she had landed a half dozen trout with only a few other trout landed amongst the others on board… and as you might imagine, one by one the rest of the crew began mimicking her “technique” or lack thereof.  I couldn’t believe how well it worked!

All she was doing was making a rare cast, letting the current have its way with her line, and then holding onto her rod having a conversation as her fly just hung behind the boat as I rowed.  By the end of the day everyone had landed a whole lot of big trout, a truly epic day for all of us to store in our memory banks.

We weren’t using fancy two-handed rods, there were no Skagit or Scandinavian lines in sight, and all my sink tips were still stored away under the front seat.  But despite all these factors, we were presenting our flies in almost the exact same way one would with a Spey rod using Spey techniques.

The indicator swing is generally most effective when fishing leech patterns, smolt patterns, or something similar, but I wouldn’t be afraid to try the same technique using nymphs, flesh, or almost any other fly.  Start by making a cast directly perpendicular to the current, and at first the strategy is the same as any other dead-drift cast & float (cast, mend, mend again).  Where things become different is towards the end of what would be your normal drift.  Instead of picking up to cast again you will allow your indicator/fly to swing across the current, slowly if at all possible.  In order to get a nice slow swing you might have to add a mend or two along the way.  In a fast current it can be beneficial to feed out a little line from time to time as the fly swings, in order to keep the fly low in the water column, where the fish are.  Adding a bit of movement is a great idea as well, and you will want to play around with the speed, length, and frequency of your strips to figure out what the fish want.  I usually start with a couple medium, slow strips when the fly is half way through its swing, then some very short quick strips once the fly & indicator are most/all the way through the swing.  When the swing is completed and the fly is hanging directly below you, let it hang for a good 10 seconds.  This is where many anglers make a huge mistake by re-casting immediately as the swing concludes.  It’s amazing how many fish will bite the fly after it has been hanging directly below you for an extended period of time.  Adding an occasional bit of movement to the hanging fly is worth trying as well.  You want your fly to be on or very close to the bottom throughout the dead drift, throughout the swing, and while hanging, so you’ll need to play around with the correct leader length and amount of weight you add to your line and/or fly.

Once you get the technique perfected you’ll discover some big advantages, such as being able to utilize both 1 handed and 2 handed presentations with your single handed fly rod.  You’ll also find that swinging with an indicator will allow you to fish both the dead-drift and the swing all in the same cast.  And I really enjoy watching my indicator throughout the swing as I believe it helps me to detect strikes right on time by sensing the bite through the feel in the line & rod as well as visually through watching the indicator.

Give this technique a try and leave comments about your experiences.  There’s certainly a lot we can learn from each other!