Net or no Net? That is the Question. 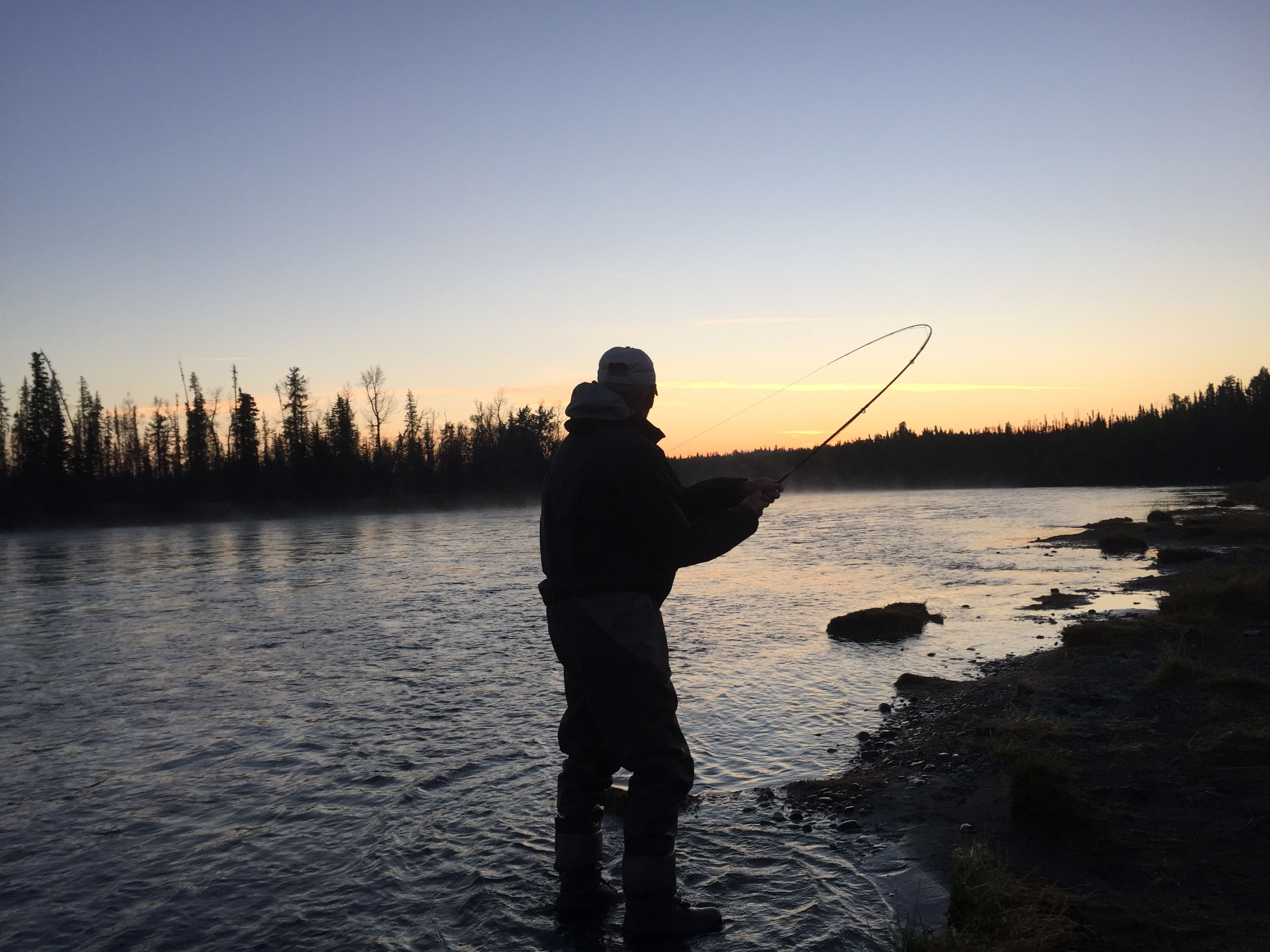 Net or no Net? That is the Question.

Landing nets have evolved quite a bit over the years, originating in the Stone Age as a simple entrapment made from willow branches, evolving into the wide range of styles used today. No matter how simple or fancy the landing net, the concept remains basically the same; it’s a quicker, easier way to land a fish…. Or is it?

Now we could start a debate about the effect of nets on fish when your intention is to catch and release that fish, but I don’t even want to go there right now.  This blog is all about capturing a fish that you intend on keeping as quickly and effectively as possible.  With that in mind, I would argue that a landing net is vital for the vast majority of freshwater species with which we’re all familiar.  But there’s one common and abundant freshwater Alaskan fish species that may not be most effectively landed with a net – the sockeye salmon.  Sockeye are revered as the tastiest and most targeted fish on the Kenai Peninsula, and thousands of anglers fight (sometimes literally) for territory on prime gravel bars and holding waters on the Russian River, Kenai River, and Kasilof River to name a few.  Sockeye are powerful, agile, and acrobatic when fought on the end of a line, and even 20+ pound test is often no match for an angry sockeye.  Many times the fish are running so thick that hooking into loads of sockeye is no problem for even a beginner, but just because you hook lots of sockeye does not mean that you’ll necessarily land lots of sockeye.  This is where a net, or no net, comes into play.

Let me try to give a brief explanation for those of you that aren’t real familiar with sockeye fishing techniques.  The standard method is to stand in an area with a steady current, often on a gravel bar, and flip your fly into the running lane of the masses of sockeye.  Sockeye tend not to be aggressive biters, but luckily sockeye are fairly predictable as the vast majority of them utilize a running lane within 20 feet or less of the bank.  In fact, sometimes they run right in front of your feet!  The angler passes their fly through that running lane repeatedly, and if they have the right amount of weight, leader length, good timing, etc. then their fly will wind up in the mouth (usually) of a sockeye surprisingly often.  What I’m describing here has several nicknames such as flipping, flossing, the Kenai jerk, and many more.

Now let me preface this by admitting that 99% of the time I am fishing sockeye on a smooth bank with a gravel bar directly behind me, and not off a cut-bank or with a lot of obstructions behind me.  In the later scenarios a net is necessary, but under the conditions I tend to fish under a net may be more of a hindrance than an aid in landing your sockeye.  Let me explain.  As mentioned before, sockeye are agile and acrobatic, and when you chase them around with a net those already incredible abilities seem to grow into super powers.  They see the net coming and do everything they can to dodge it.  They can turn on a dime, jump out of the water, and I can’t tell you how many times I’ve seen a sockeye wrap themselves around the netter’s legs and break off.  I’ve found that if I’m going to use a net on a sockeye, it’s important to stay back and out of the water until the fish is all the way worn-out, in very shallow water, and therefore ready for the net.  Even still, a sockeye will usually make yet another run as you step towards it with the net.  They really are tenacious die-hards, especially if you give them a reason to be.

Let me be 100% honest by admitting that I still have a hard time being disciplined enough to resist chasing sockeye around the river with net in hand.  I’m guilty of doing exactly what I’m telling you not to do, but I know better!  When I’m being disciplined I stay way back from the river’s edge, coaching the angler through the fight.  Telling them to keep the rod down and to the side, keeping the fish down in the water as much as possible, and putting constant side-pressure on the fish to wear it out and pull it towards the bank.  Sometimes you can get the sockeye’s momentum headed towards the bank and keep it going right up onto the gravel.  If the fish gets its head pointed away from you and tries to make a run I yell, “let it go!”  Trust me, trying to stop a sockeye in its tracks when it’s on a psycho-run is not a good idea!  Most of the time you’ll wind up with either a pulled hook or a broken line, and many rods have been shattered to pieces this way as well.  It’s especially clear to avoid chasing sockeye around with a net in clear water.  I know for certain that these fish see you coming.  I’ve seen it thousands of times; way too many times for it to be a coincidence.  As soon as the netter walks towards the fish it will go on a crazy run, often spitting the hook or breaking the line.

So the next time you’re on the river chasing sockeye, my advice is to try and fish gravel bars when possible, stay back from the water’s edge if you’re the net man, always net a fish head-first, and only consider netting the fish if it’s all the way into the shallows with its back out of the water… and even then you might be better off to just let the angler drag the fish onto the gravel bar.  In fact sometimes I purposely leave my net at home when I know we’re going to be sockeye fishing from a nice smooth gravel bar.  The anglers think I’m crazy at first for taking them fishing without a net, but it doesn’t take long for one of them to witness the net-man from another party act out the exact error I have described in this blog, only to see their land/hook-up ratio plummet.  And when they themselves easily drag a few sockeye onto the gravel bar, that’s when they buy in.  I’ve even seen anglers holler, “stay away from my fish with that net!”  When I see this happen I simply smile and think to myself how proud I am to witness the student becoming the teacher.