Give me the Kasilof 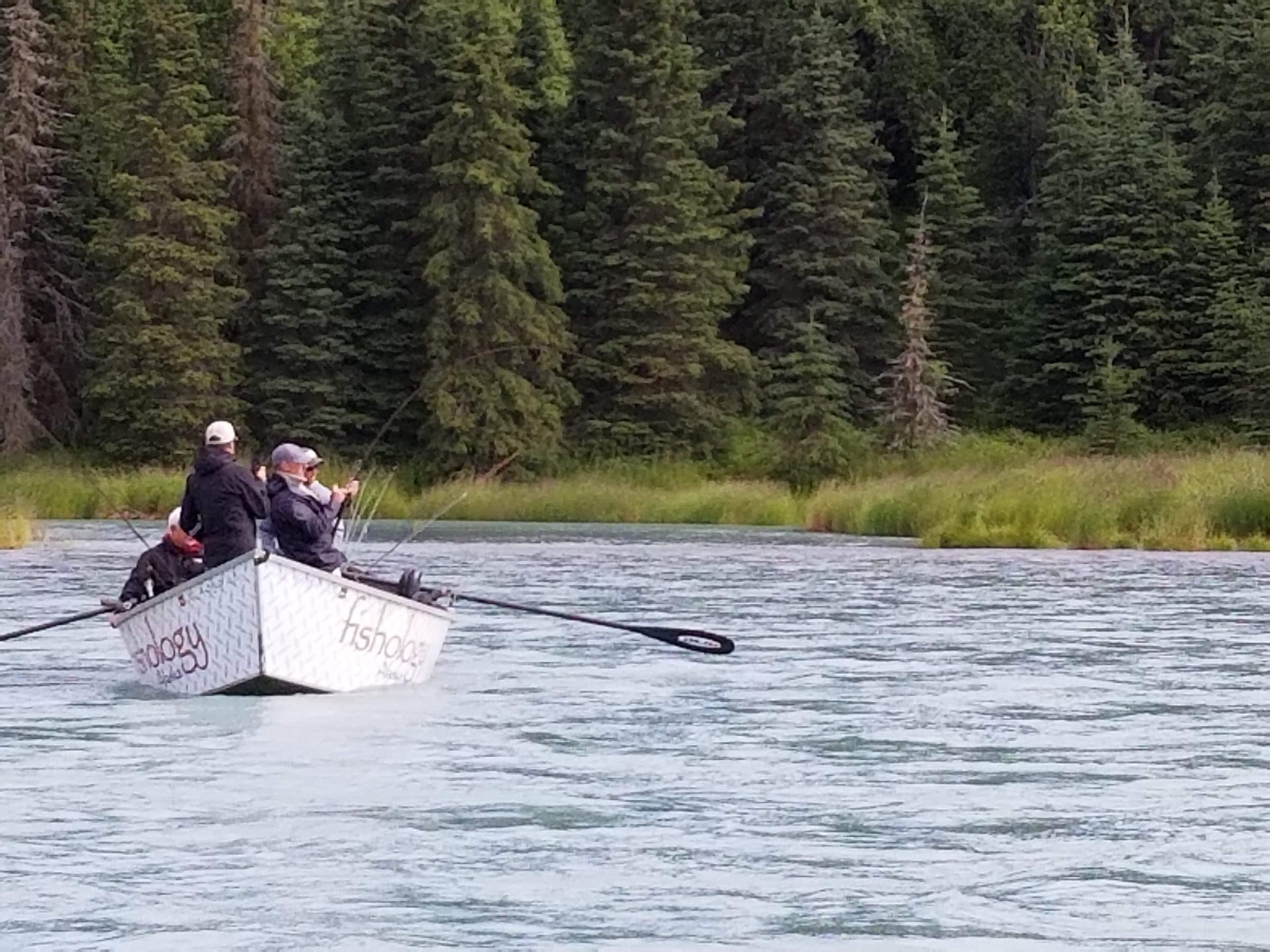 Give me the Kasilof

Much like Eli Manning living in the shadow of his legendary older brother, the Kasilof River hides in the shadow of the mighty Kenai River. Eli will never be Peyton, and the Kasilof will never be the Kenai. But Eli won 2 Super Bowls and just might make the hall of fame! Enough with the analogies. But seriously, if the Kasilof played Eli Manning it would have 4 sacks and 3 interceptions…. Sorry I couldn’t resist. By now I think you get the point I’m trying to make here. The Kasilof may not be the Kenai, but it’s still a very, very special watershed in its own right.

I’ve been known to go as far as to say that if I had to pick one river (the Kenai or the Kasilof) I’d have a real tough time giving up the Kasilof. That may seem like blasphemy coming from a fishing guide that has grown up on the banks of the Kenai River, but the Kasilof holds an extremely special place in my heart and it always will.

I’ve spent some time thinking about why I’m such a fan of this river folks make a habit of calling “The Ditch.” I’ve found that it’s not difficult at all to come up with a list of admirable traits, and here are a few of the ones most obvious to me:

1. Less traffic – On just about any day throughout the summer and fall, the Kasilof will have way less traffic than the Kenai. Even on a “busy” day there seems to be plenty of room.

2. Drift boat only – The drift boat only regulations on the Kasilof creates a serene atmosphere, providing a therapeutic effect. You can hear the trickle of the current, the sounds of nature, and enjoy it all without the annoying buzz of an engine in the background.

3. Scenery – From top to bottom, the Kasilof is a true beauty in so many ways. The color of the water itself, the landscape, and the wildlife are all part of the experience here. On a single trip it’s not uncommon to witness dozens of bald eagles, tons of waterfowl, and even moose swimming in the river.

4. Insane sockeye run – The sockeye run on the Kasilof gets ignored by so many as a result of the neighboring run of epic proportions on the Kenai. But the Kasilof is a massivlely underrated sockeye fishery. Sometimes they flood in on the tide so thick that we can see them swimming by us, even running into your boots on occasion! Another factor, the Kasilof often goes to a 6 fish limit while the Kenai is still at a 3 fish limit.

5. Hatchery king salmon – It’s hard to beat king salmon on the grill, but due to low abundances on native fish in recent years, we choose to be conservation oriented and release the big, wild kings. The hatchery king salmon that inhabit the Kasilof in May & June are a completely different animal, literally. They’re put into the river for the purpose of being harvested, and you can harvest and enjoy delicious king salmon guilt free knowing you aren’t having a negative effect on the fishery. Win-Win!

6. Steelhead – These anadromous trout enter the Kasilof in the late fall like a herd of silver bullets, hang around all winter long and start their exit in the spring months. It’s not unusual to “accidentally” catch a couple steelhead while targeting salmon. Steelhead are a fish that many anglers would give up an appendage to catch, and we’re lucky enough to call them bi-catch on many trips.

7. Ultra shallow water silvers – for whatever reason, the silver salmon on the Kasilof River absolutely love to live in super shallow water. Time after time an angler points out that their bait is only sitting in about a foot of water, assuming they don’t have a chance to get bit, only to suddenly have the rod nearly jerked from their hands by a big chrome silver salmon that swallowed the bait. When you hook them in shallow water they get especially angry, which is quite the rush!

8. Massive King Salmon – The Kasilof gets its reputation for “smaller” kings from its early run, but the late run on the Kasilof is made up of some massive fish. Over the last several years some of the largest kings our clients have been lucky enough to shake hands with have come from the inconspicuous Kasilof.

I hope this list helps paint a clear picture as to why fishing the Kasilof River is something I’ll likely never give up, even if I have to have my kids row me down the river! But the only way to fully realize a passion for the Kasilof River is to experience it yourself…